In recent decades, prominent national leaders like Turkey’s Recep Tayyip Erdoğan and Venezuela’s Hugo Chávez gained power through democratic institutions, only to undermine those institutions once in office as part of a broader effort to consolidate authoritarian power. Yet attempts at “executive aggrandizement” have failed in other countries, with varying consequences for democratic institutions. We develop an agency-based perspective to enhance the understanding of aggrandizement and to explain when it results in democratic breakdown. Relying on comparative case studies of five countries—Bolivia, Ecuador, Thailand, Turkey, and Venezuela—our analysis suggests that the contingent decisions of opposition actors during the process of aggrandizement have a significant effect on regime outcomes. Irregular opposition attempts to remove incumbents from office, which are especially likely after electoral defeats, contribute to democratic breakdown. More moderate responses to aggrandizement, on the other hand, help the opposition actors to buy time until the next election, hence offering the possibility for democratic survival.

Although theories of partisanship were developed for the democratic context, partisanship can be important in electoral autocracies as well. We use survey data to analyze partisanship in an electoral autocracy, Turkey, and find that partisanship is pervasive, strong, and consequential. Using the Partisan Identity Scale to measure partisanship, we show that, like in democracies, partisanship strength is associated with political attitudes and action. Unlike in democracies, however, the ruling party’s superior ability to mobilize supporters through clientelistic linkages makes the association between partisanship and political action weaker for ruling party partisans. We find that partisan identities are tightly connected to the perception that other parties may threaten one’s well-being, and that such fears are widespread on both sides of the political divide. We interpret our findings in light of the autocratization process Turkey went through. Our contribution highlights the potential of integrating regime dynamics in studies of partisanship.

One of the central characteristics of current Middle Eastern politics is the weakness of class-based political organizations. While structural explanations of this pattern abound, hegemonic struggles of Islamists to erode the class cleavage have so far been largely overlooked. In order to bring this perspective into the literature, this article studies discourses, affects and policies promoted by the Islamic trade unions confederation of Turkey, Hak-İş. After the introduction, I first demonstrate that the identity of Hak-İş has consistently been based on a fantasy of social cohesion and aversion to class-based politics. Building on this, I detail how Hak-İş has developed new economic and political practices, in a deliberate effort to overcome class-based unionism. Finally, I argue that the role of Hak-İş has evolved into representing workers’ interests within the framework of the corporatist regime built by pro-Islamic AKP government.

This dissertation is formed of four empirical chapters, in addition to the introduction and conclusion chapters. The first two empirical chapters rely on online survey experiments conducted in Turkey and Bolivia. My studies in Turkey demonstrate that provoking partisan enthusiasm and anger increases support for executive aggrandizement among incumbent party voters. Importantly, however, this effect is not universal. I fail to provoke partisan emotions among incumbent supporters in Bolivia despite using the same experimental design. I argue that this difference is rooted in diverging levels of partisan identification across these two countries.

The last two chapters broaden the theoretical and geographical scope of this framework. In the third empirical chapter, I conduct a cross-national statistical analysis, using the CSES data. This study finds that affective polarization is detrimental to democratic institutions especially when voters polarize over their feelings towards the ruling party. In the final empirical chapter, I demonstrate how incumbent parties can use political narratives to build affective ties with their voters, relying on the study of utopian developmentalist narrative in Turkey. 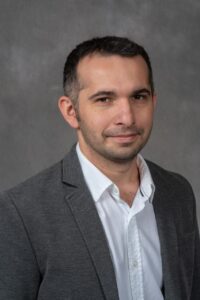